“The form is a system which organizes itself in the presences of both internal and external forces and these organizations can shape patterns traced through mathematical rules.” – D’ Arcy Thompson

In this framework, this 5-days course focuses on the creation of controllable, dynamic, active-bending timber structures, using loads as the actuators. The participants experimented with linear wooden elements (laths), where the milled geometry between them defines the overall deformation of the system. The course combines digital simulations of form finding (Kangaroo) and structural analysis (Karamba) with physical prototypes, fabricated by robotic milling. The final outcome is a 1:1 grid-shell structure which has been fabricated flat and has been self-assembled into a doubly curved surface due to the applied loads. 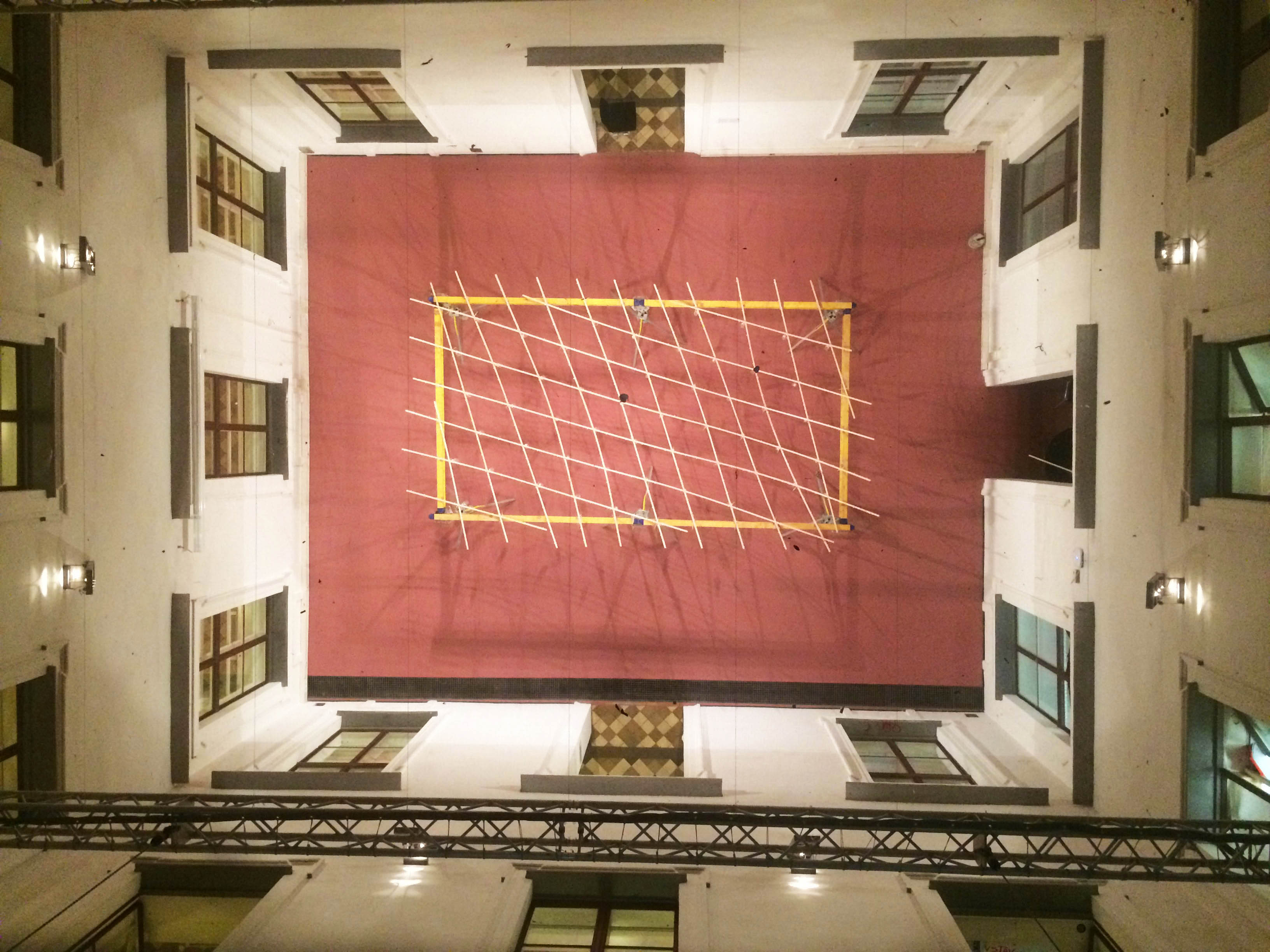 What if architecture was responsive to its surroundings, like living beings, and not a foreign body that cannot evolve with it? In this framework, which would be the design principles of this kind of architecture and from which materials would it be made?

Based on the above question, the research investigates ways to create macroscalar kinetic architecture, whose behavior derives from the properties of its materials. More specifically it focuses on designing a new, lightweight construction system which considers structural elements as soft actuators that adapt to stimuli from the surroundings. It focuses on passive, shape-shifting material systems eliminating the use of electronics and mechanical parts. Respectively, by creating hierarchical structural material systems controlled actuation can be achieved in similar ways as in plants, where the hierarchy of the parts, is proved to be the driving force of a programmed deformation. The project is part of an ongoing Ph.D. Research conducted at the Institute of Architecture, Vienna University of Applied Arts (die Angewandte), within the framework of “InnoChain Training Network”. The research is supported by the European Union’s Horizon 2020 research and innovation program under the Marie Sklodowska-Curie grant agreement No. 642877. 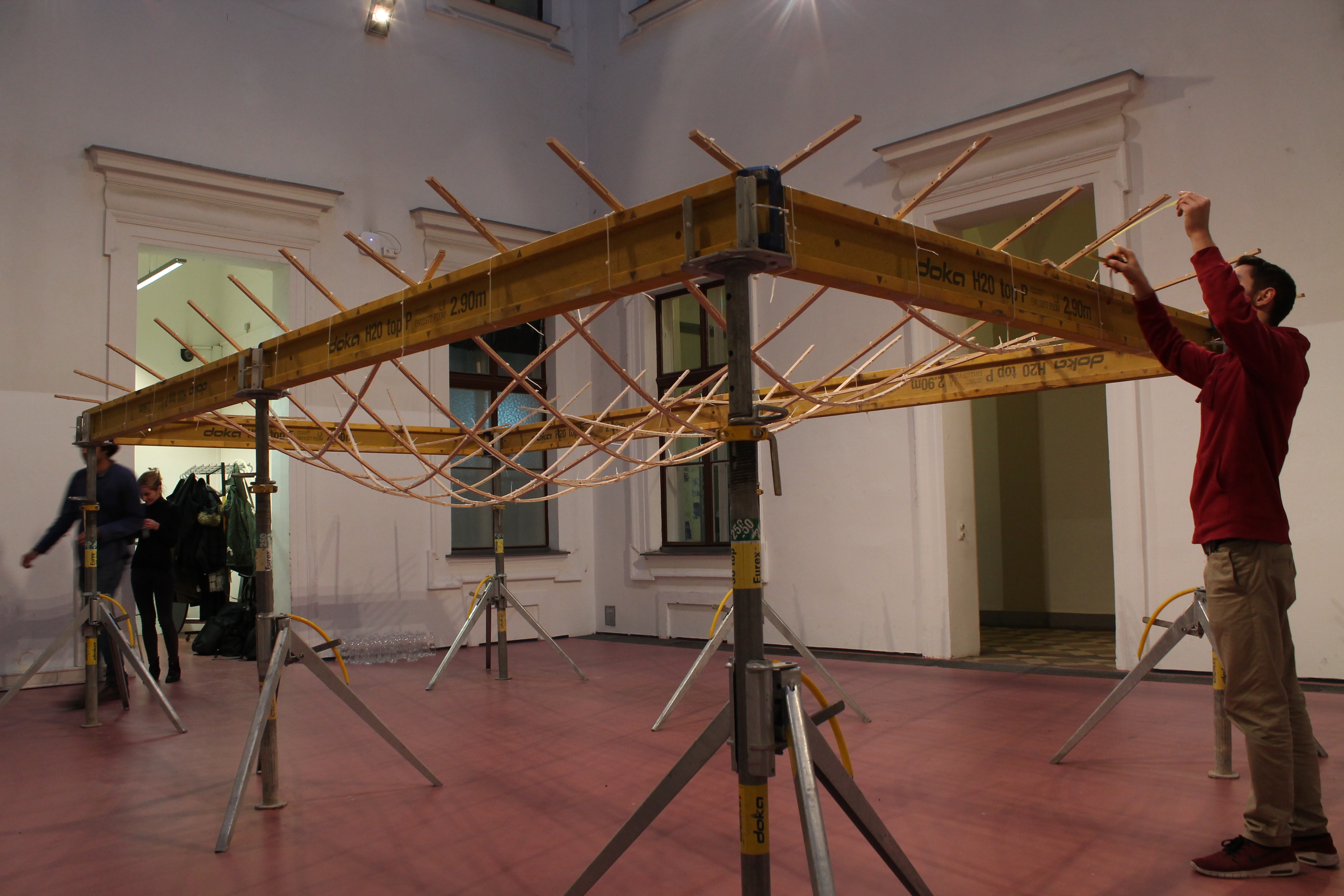 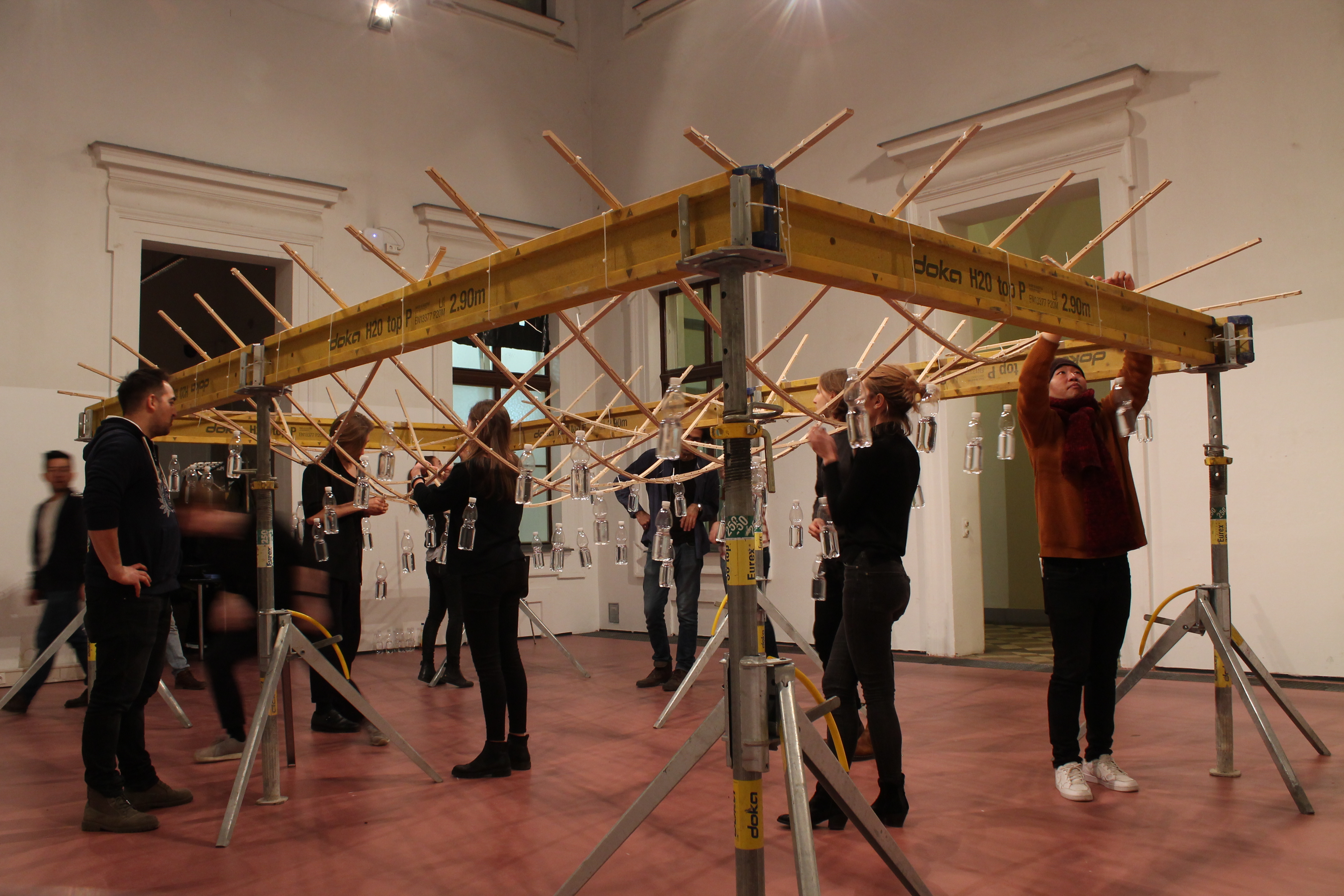 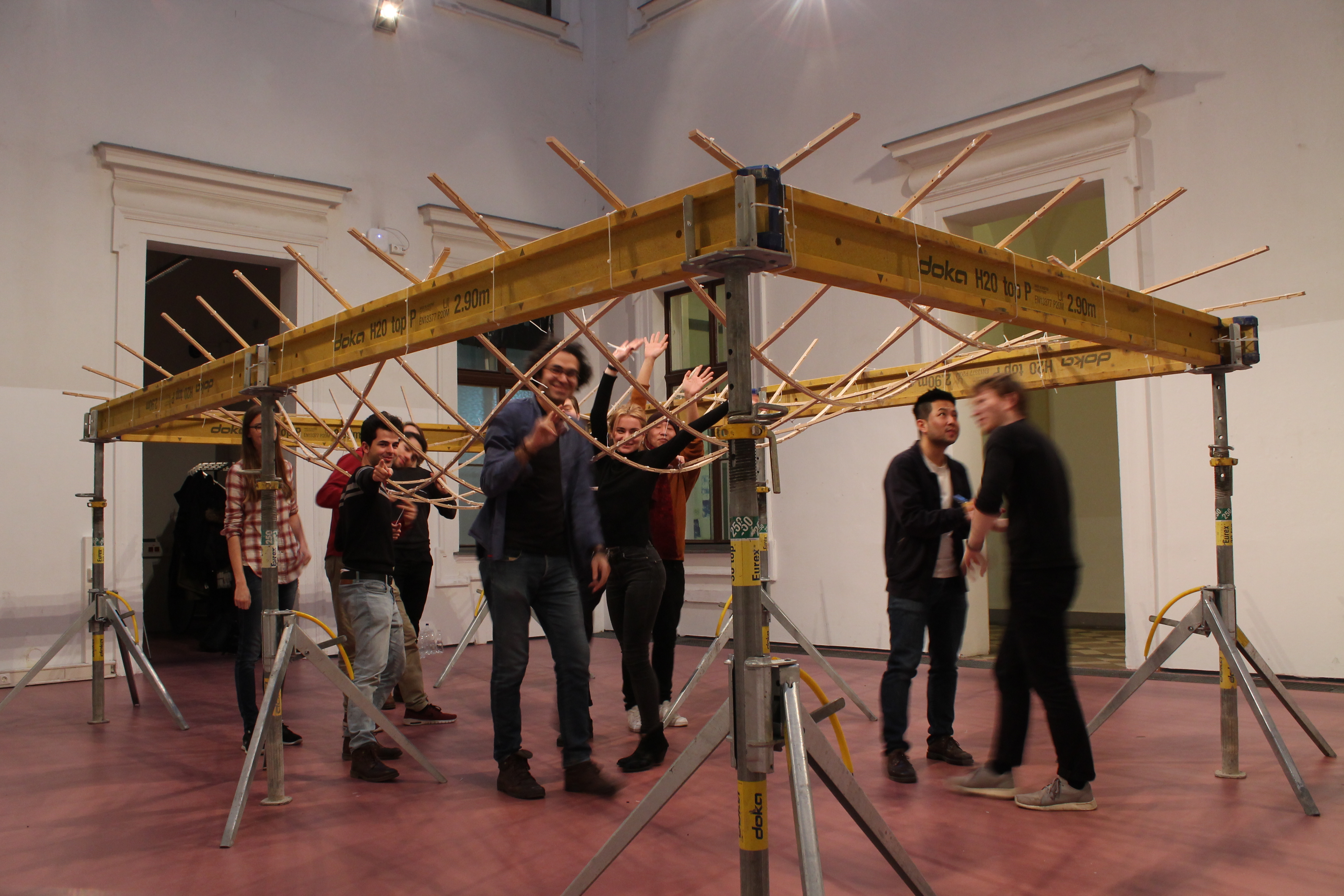 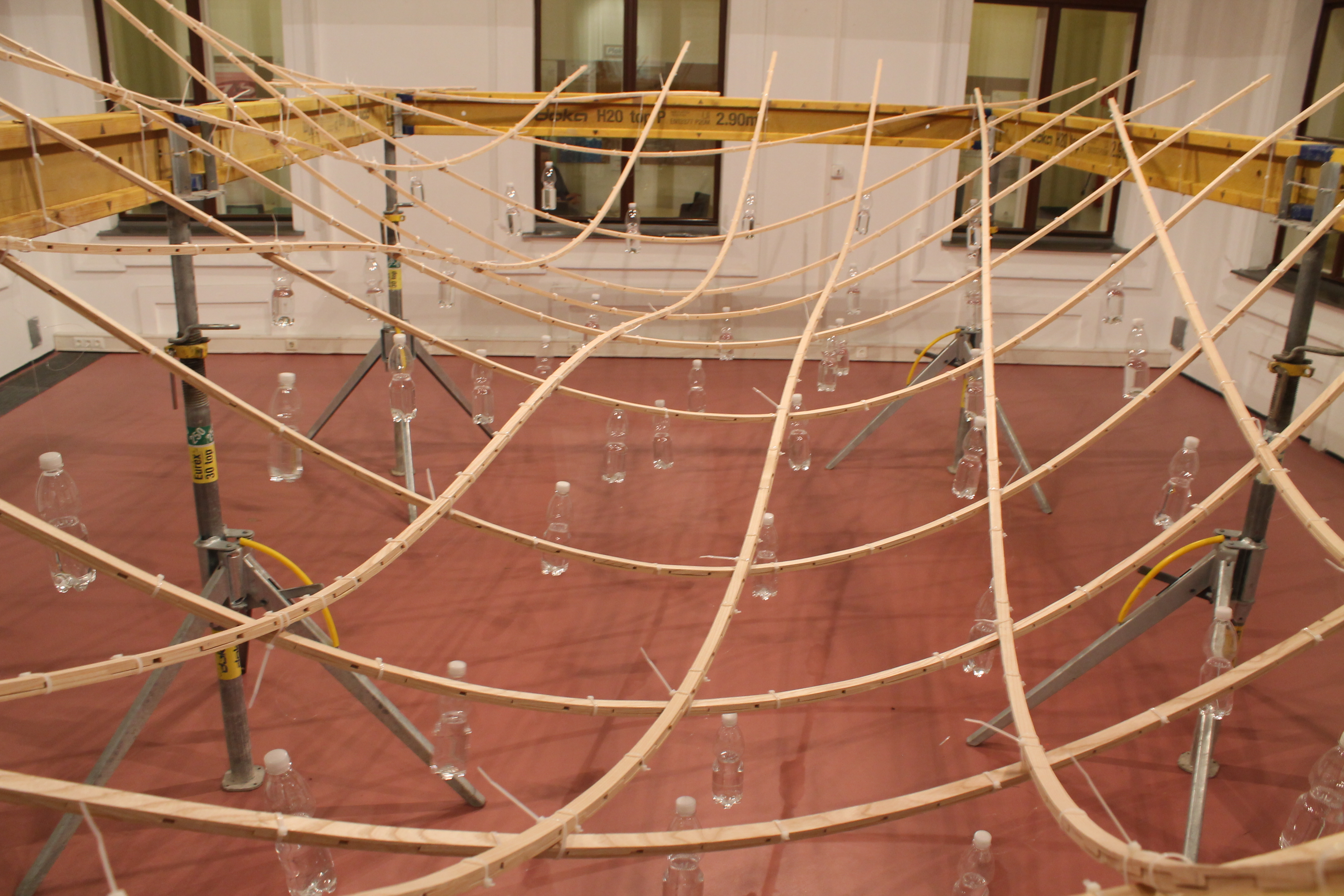 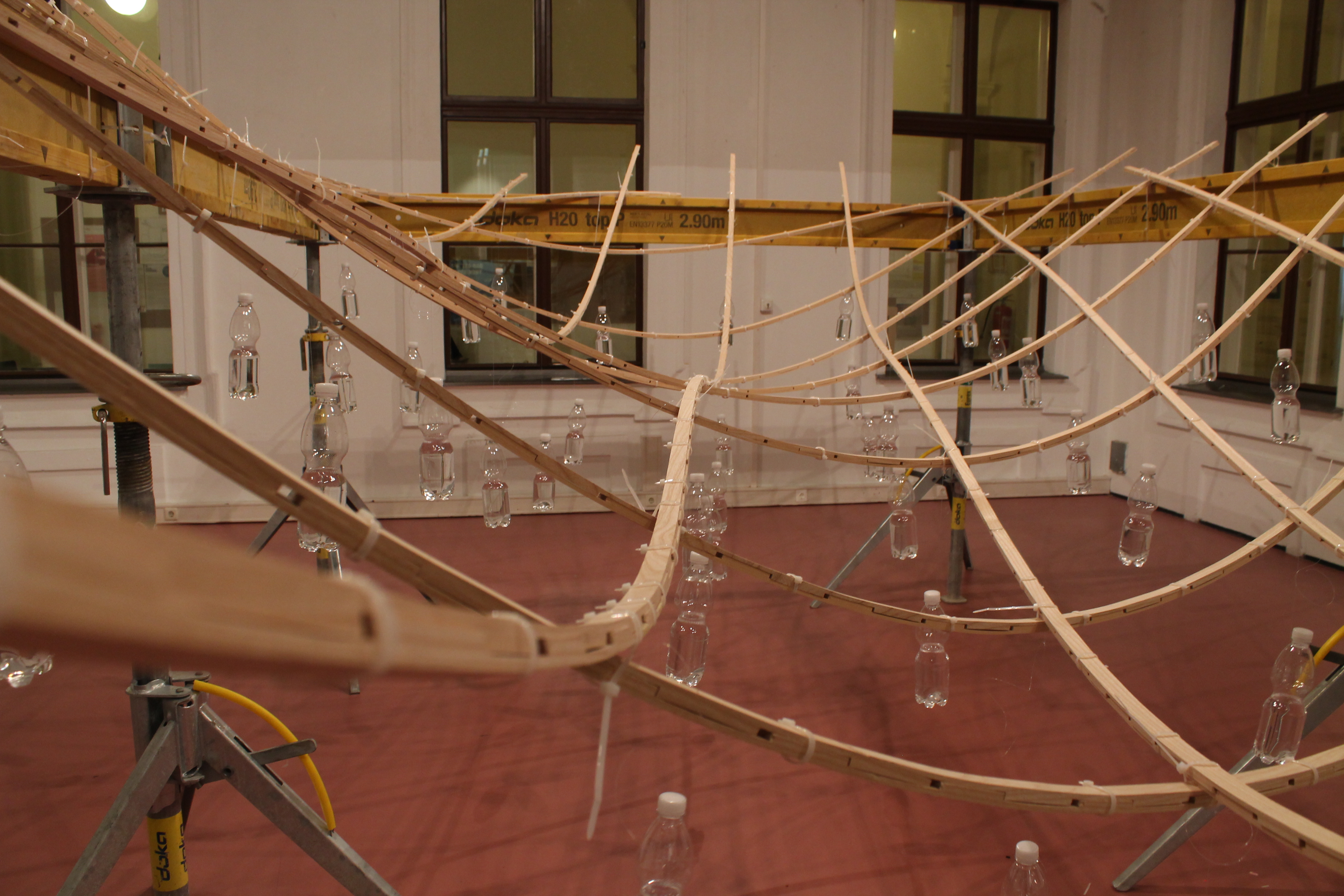 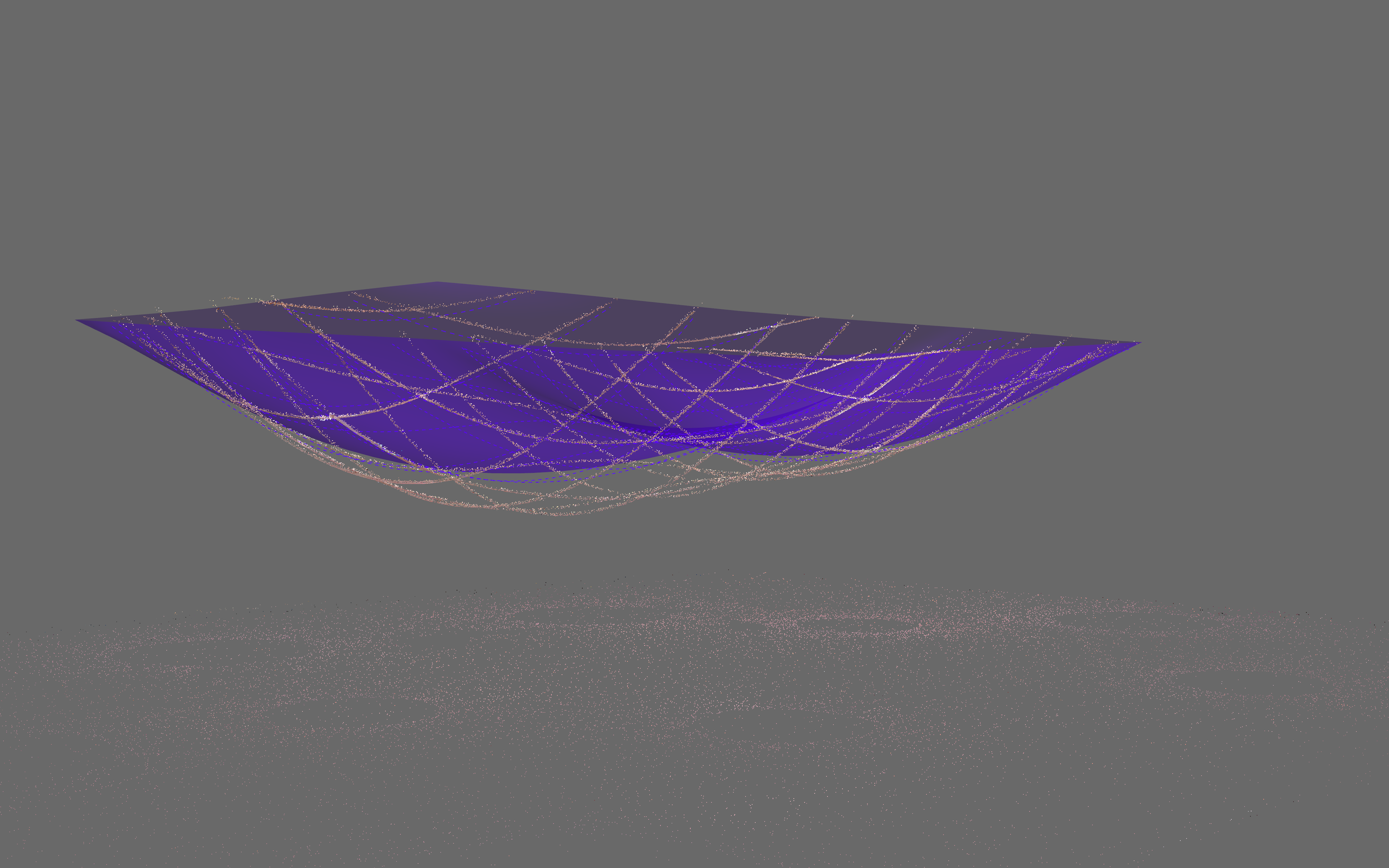 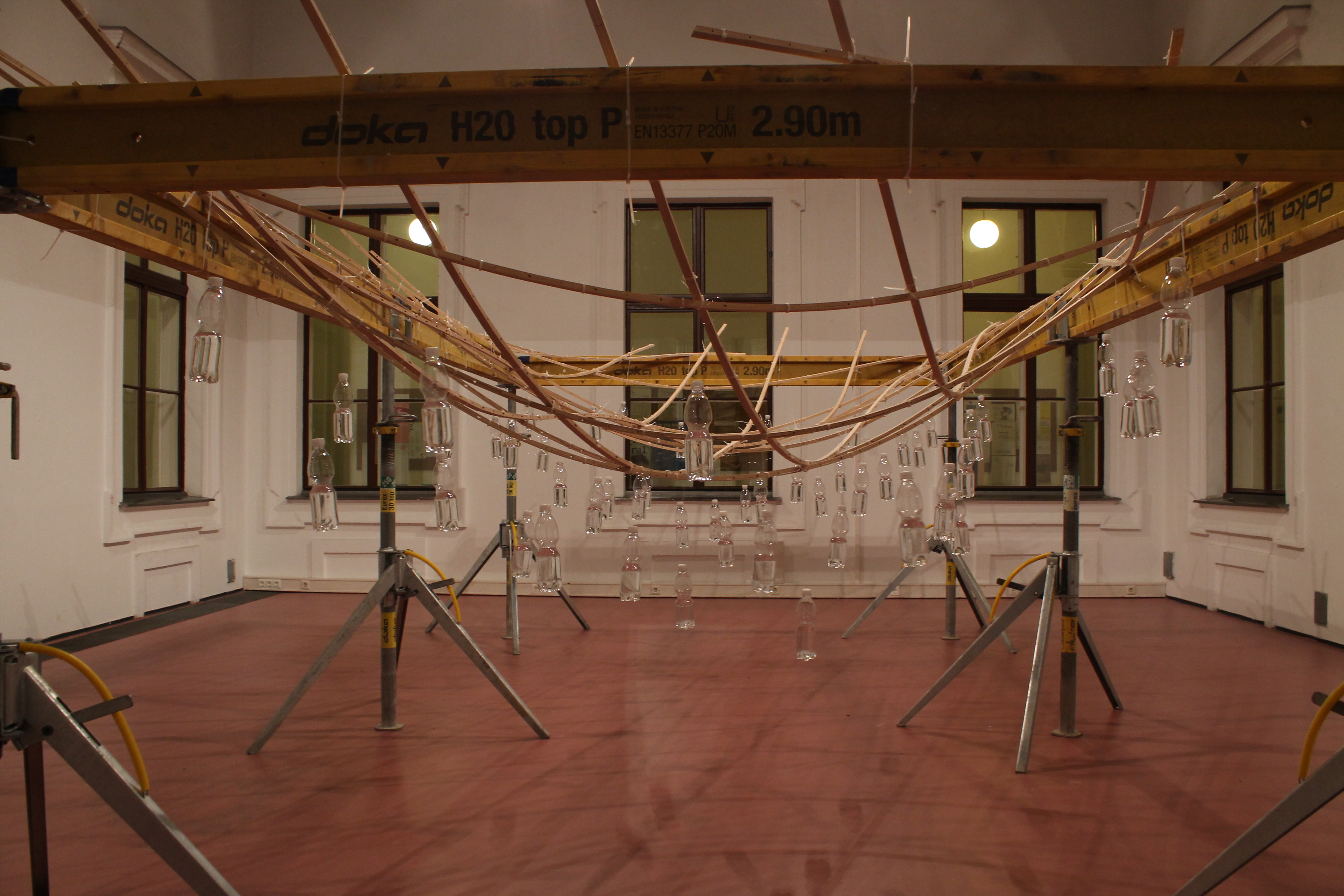 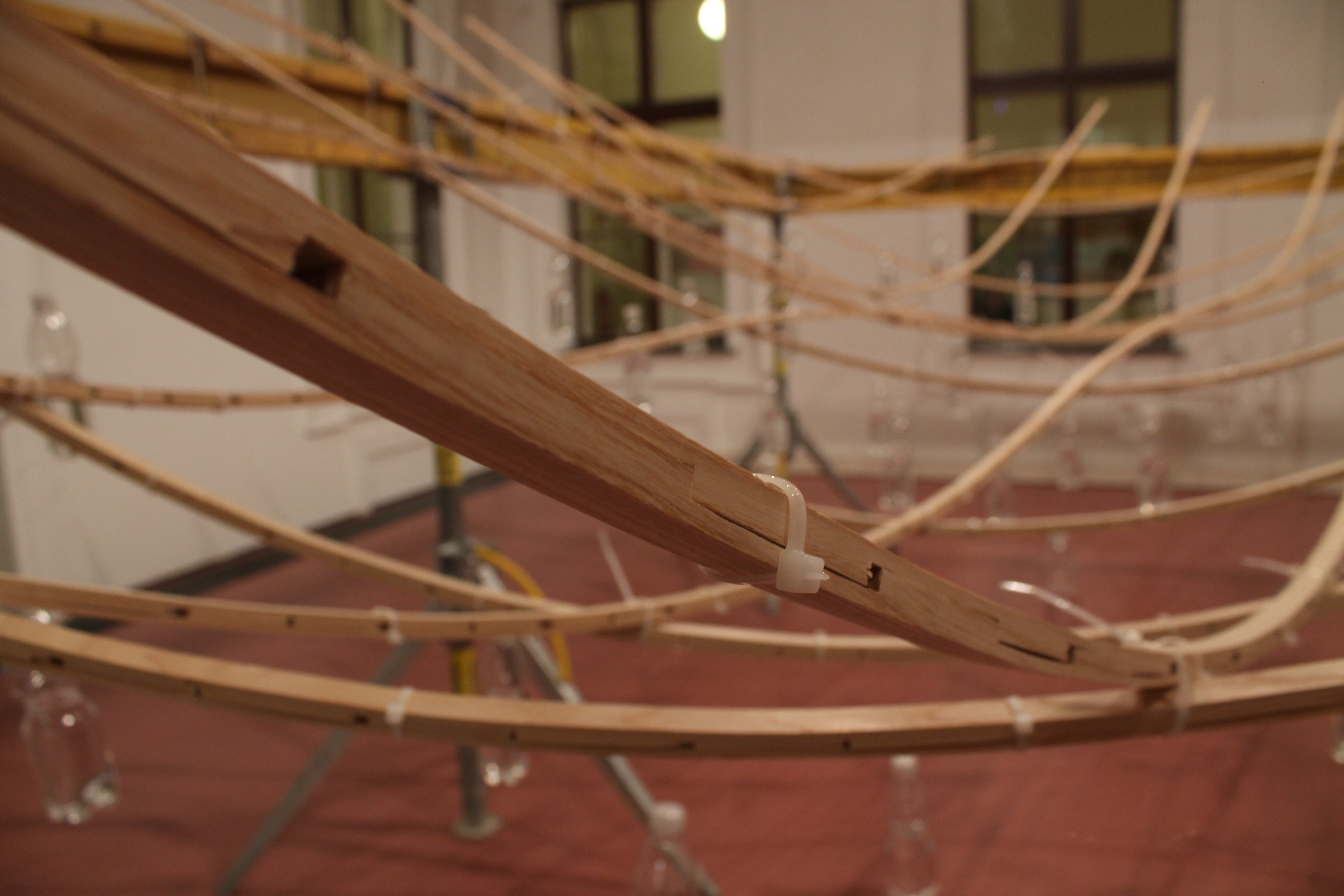